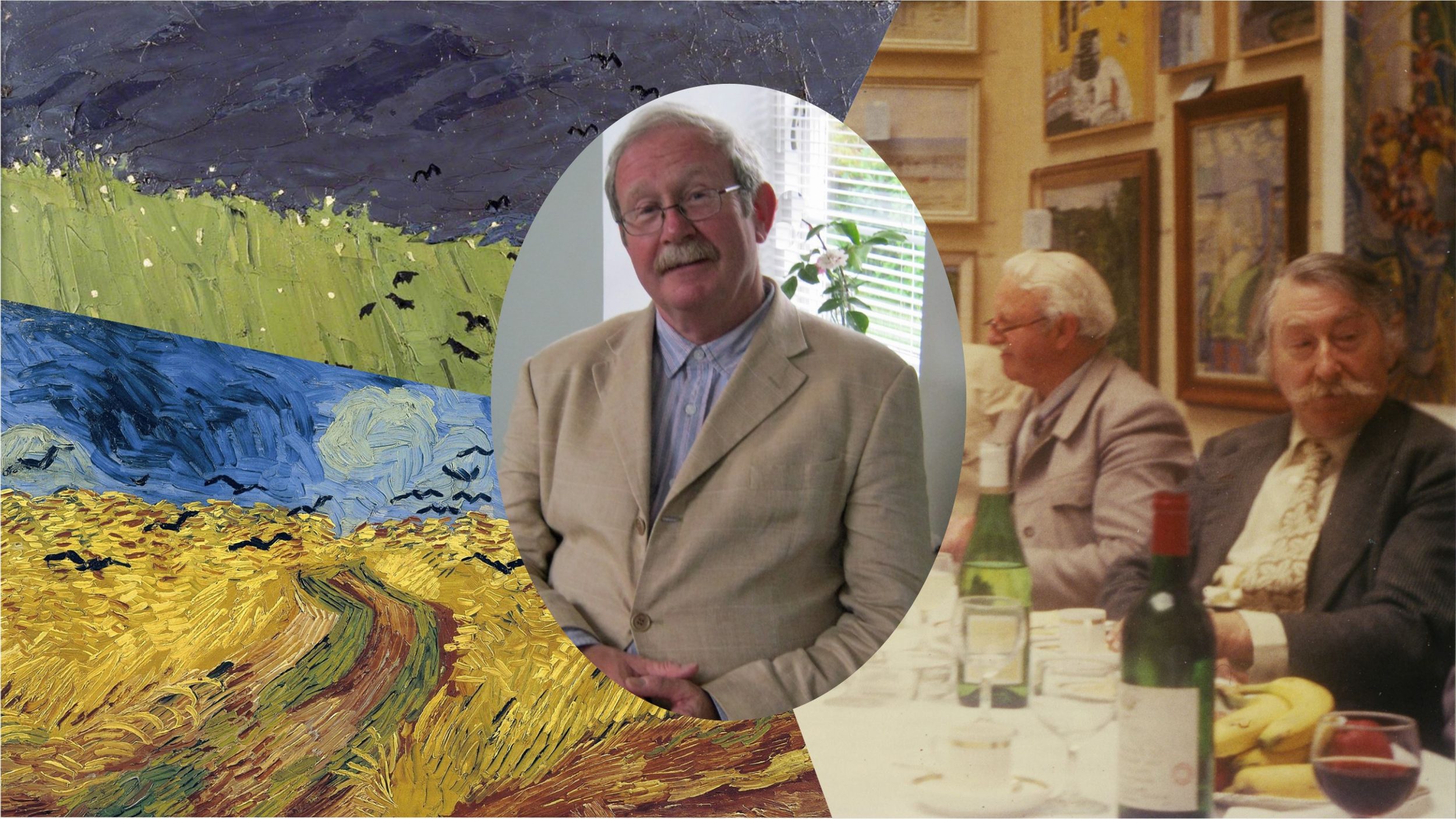 This on-line English-medium lecture will examine artists who influenced Kyffin Williams and also consider his opinions about modern art.

Taught by Kyffin at Highgate in the 1960s, Julian Halsby went on to become a respected art historian and artist. He now lectures regularly for the Arts Society.

Julian Halsby first met Kyffin Williams when he joined Highgate School in 1961 and struck up a friendship which lasted until the latter’s death. They met occasionally in London and kept up a correspondence, often sharing views about the contemporary art situation as well as past artists whom Kyffin admired. Kyffin was a thoughtful artist and had several heroes who influenced his work and ideas – in particular Gustave Courbet, van Gogh, Turner, Monet, Georges Rouault and Emile Nolde. He also had many artist friends, some of whom he met at the Royal Academy. Although his work is powerful and spontaneous, it is based on deep reflection and a wide art historical knowledge. His opinions were often controversial and he raged against the Art Establishment, but they were sincere and deeply held. This lecture will examine those artists who influenced Kyffin and his opinions about modern art.

The event is organised by the Museum and Archive at Highgate School in north London, where Kyffin taught from 1944-73.