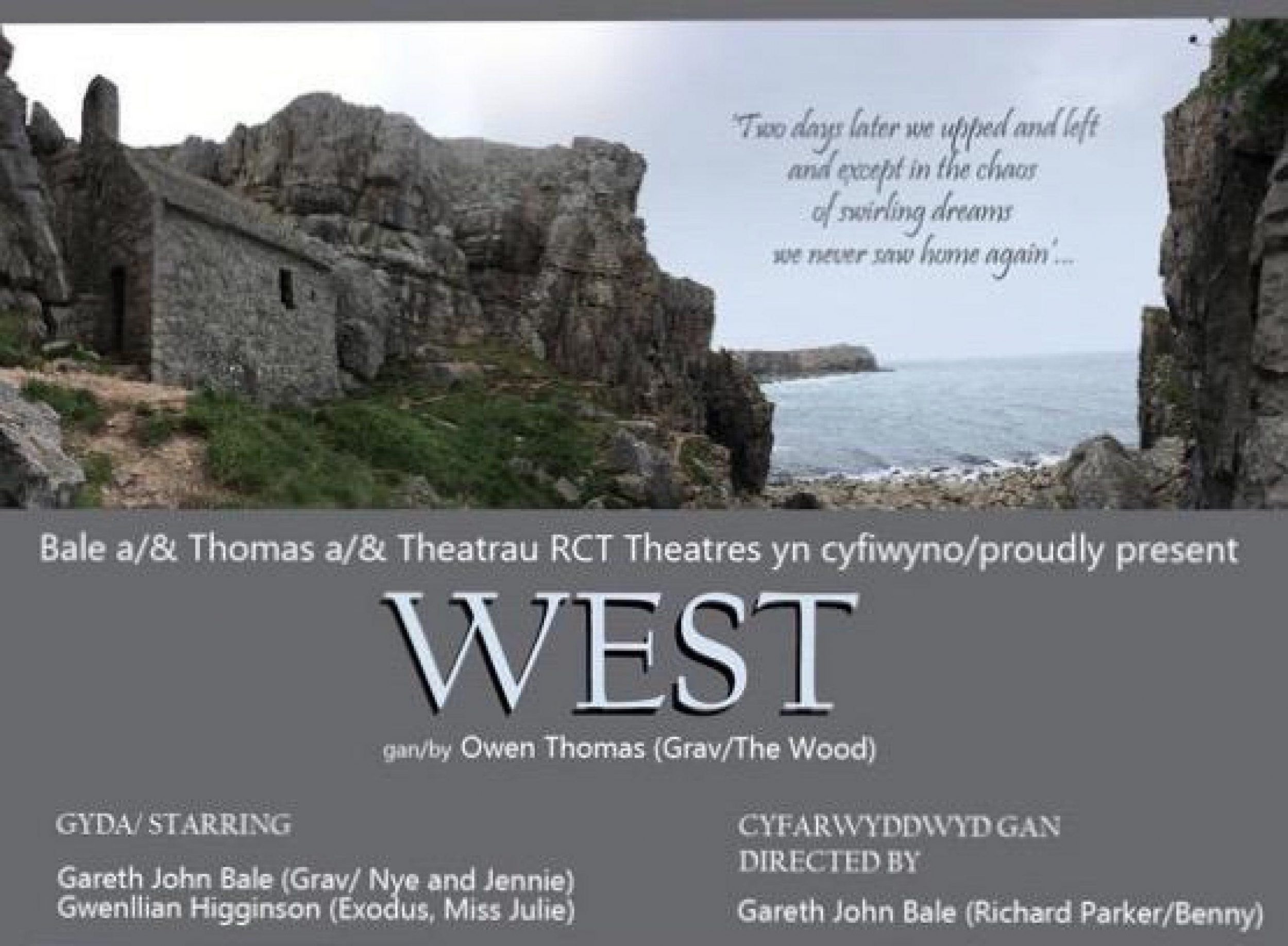 ‘West’ is the brand-new play from the award-winning writer of ‘Grav’ and ‘The Wood’.

The play is being performed on two nights - 9th and 10th March.

Starring Gareth John Bale and Gwenllian Higginson, the play explores the lives of two Welsh people who fall in love and decide to leave Wales in order to build a new life in the New World.

It details the hardships and adventures they faced, focusing primarily on the theme of immigration.

The play is written in a lyrical, poetic style and presented using minimal set and a physicalised performance style.

It is directed by Gareth John Bale, the hugely successful Welsh actor and director whose credits include ‘Grav’ and ‘Nye and Jennie’ and introduces Gwenllian Higginson, best known to Welsh theatre audiences for ‘Miss Julie’, ‘Exodus’ and ‘Merched Caerdydd’.

‘West’ was commissioned by the North American Festival of Wales and received its first public performance in the Ballroom of the Hilton Hotel, Milwaukee, Wisconsin on Friday 30th August 2019. The first American performances received standing ovations from an enthusiastic American audience.

‘This was a profoundly moving and evocative presentation which spoke to the global experience of emigrants everywhere. In Owen Thomas and Gareth John Bale we have witnessed the interplay of two huge Welsh born talents, ably supported by a fresh-faced newcomer to us - Gwenllian Higginson. We feel privileged to have had a part in helping them launch this latest production to a most appreciative audience and wish them much success in introducing it to venues in Wales and world-wide’. Y NINNAU

Over the last decade Bale and Thomas have collaborated on a range of award-winning Welsh plays including ‘Grav’ and ‘Richard Parker’. They are currently developing ‘The Night Porter’, for RCT Theatres, a ghost story which will be touring Wales in the near future.

They are excited to bring their latest collaboration to theatre audiences in London, Wales and beyond and thank them for their ongoing support.